Pablo Picasso is one of the most recognized artists of the twentieth century. His popularity was a result of his brilliant presentation in drawings. It’s on record that he was better than so many adults in drawing when he was a child. He could draw and paint just about anything in any style because he was highly talented, creative, and innovative.

The big question that flies around is why are Picasso paintings expensive? First, the force of supply and demand is what is playing out in Picasso paintings being expensive. The original masterpieces of Picasso’s work are now in short supply, and the price is steadfastly jacking up. Secondly, Picasso’s works are seen to be unique and have gained world recognition of great brand. This is why a single pain could sell for as much as 179.37 Million dollars.

Why Are Picasso Paintings So Expensive?

The works of Picasso and their high value and popularity live on, even though he is gone. His original paintings are now in short supply, and the price must jack up in flash height by the force of demand and supply. Picasso’s paintings are generally expensive, but the ones so linked to very high cost are the works he did during the Blue and Rose periods and during the period of Cubism.

The real cost of any product is synonymous or equal to its known value. The value of Picasso’s work is relevant to the special styles he created in his painting presentation. Picasso was the originator of cubism, collage, and assemblage, which were remarked world-recognized brands. For example, Cubism is a style that emerged in the early part of the 20th-century revolutionized European painting and sculpture. Cubism is also known to be the brain behind certain artistic movements in music, literature, and architecture.

The answer to the question, why are Picasso paintings so expensive is tied to the value of his works. His works influenced artistic styles and movements, such as Futurism, Suprematism, Constructivism, De Stijl, Vorticism, German Expressionism, and Dada.

So, in simple summary, we can say that Picasso paintings are so expensive for the following reasons:

There were so many artists in the world even before Picasso, but the world holds him in high esteem. This is because most people see his works as very unique and creative. Jonathan Jones of the Guardian once describes Picasso as almost a “religious icon of imagination, originality, genius.”

The fact that the original Picasso paintings are now in short supply makes the price very high, as the demands come higher than the product availability.

Picasso is one the most notable artists who have the credit of breaking down a subject into its core elements, removing all unnecessary details. So, his works are unique and stand out amongst the lots. This is why Picasso is seen as the world’s greatest paper designer.

The value that is attached to Picasso’s paintings is from different angles. Apart from gaining world recognition and building a strong brand for himself, he originated a lot of styles, Cubism, and more. Significantly, these styles contributed to some movements like Futurism, Suprematism, Constructivism, etc. So, his immense contribution to the world of art makes his works retain that same high value that affects the prices.

How Much Is A Real Picasso Painting Worth

Picasso’s works that are known to be expensive run into millions of dollars. However, all Picasso paintings don’t hit the market at the same price, but a typical Picasso painting worth Millions of Dollars. For instance, the Femme assise dans un fauteuil created in 1913, shown above, is worth $24,752 million. 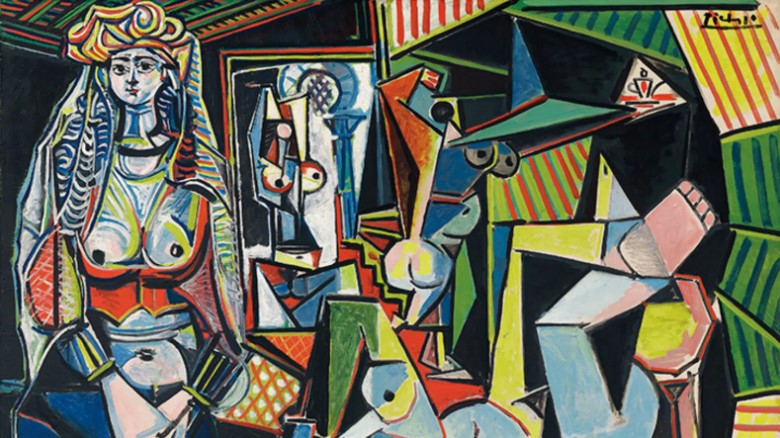 Why Is Pablo Picasso’s Name So Long?

Pablo Picasso’s full name has a count of 103 characters and 23 words. It is said that the names were given during his baptism. The parent’s aim for giving such a long name is to accommodate signs of some kind, which they got from a list of saints and family members.

What Is Picasso’s Most Expensive Piece Of Art?

Picasso’s most rated piece of art is the Women of Algiers, version “O” (Les femmes d`Alger, created in 1955. It cost a whopping $179.36 million. The painting idea came from an 1834 painting by Eugene Delacroix. The artist painted it as a tribute to his respected artist.

Though Picasso was best known for his painting works, he was not just a painter. He got involved with many experiments with relevance to sculpture, ceramics, drawing, and printmaking. However, none of the other areas of his professionalism gave him fame and money, like his painting.  Picasso displayed very high intelligence in his presentation in painting at a very young age. He portrays a life model in his painting with a very high resemblance. Picasso’s father was a known drawing teacher and decorator who developed at high speed.

What Are The 5 Periods Of Picasso’s Work?

You can look at such changes of styles as steps of creativity, innovation, dynamism, expressions of events. Enumerated below are five of the most notable periods in this regard.

1901 and 1904 represent Picasso’s Blue Period. His painting at that time was essentially monochromatic in some shades of blue and blue-green but occasionally flashed other colors. He got the inspiration for these works in Spain, but he did the painting Paris, where he settled in 1904. This period was one of his few difficult years with no fixed studio and little artistic success. 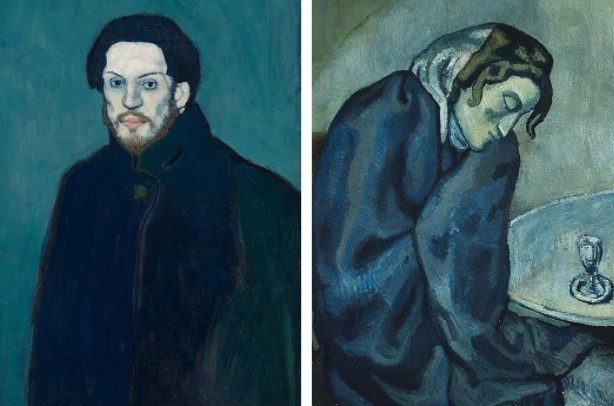 The Blue Period works of Picasso were more or less structured to reflect his experience of relative poverty and instability. One can say that it was his time of depression. Picasso’s known depression did not come to an end with the beginning of the rose period, which was the next period after the blue period. His depression actually lasted until the end of his period of cubism, which came after the rose period.

Picasso’s major influences came from his journey through Spain and by the suicide of his friend Carlos Casagemas on February 17, 1901. Picasso, in his words, said he started painting in blue when he heard about the event of Casagemas’s suicide. This is a clear indication that Picasso responded highly to environmental influence in his painting. However, the sequence of events in his life showed that it was only in the fall that the abrupt change in his painting happened.

It was when Picasso visited a woman’s prison in St. Lazare in Paris that a significant influence became clear in Picasso’s works. The posture of the woman and her gestures came from the way artists normally represent the visitation, the color blue symbolizing Mary, the Mother of God. Thus, the meeting depicts the meeting between Mary, Mother of God, and the mother of John the Baptist. 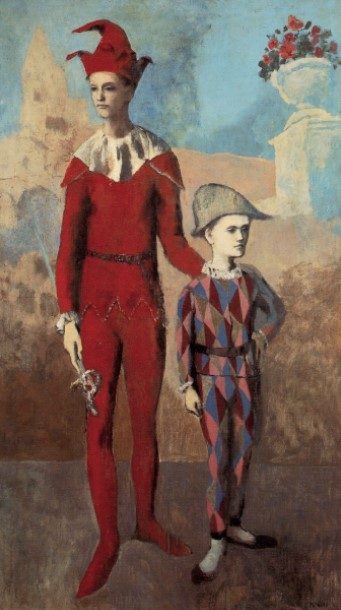 Picasso’s Rose Period signifies the period when cheerful orange and pink colors dominated Picasso’s style of painting. This choice of color was quite in contrast to the sober reflection created in blue colors. During the Rose Period, Picasso was in an excited mood because of his relationship with Fernande Olivier. Many assumed that Picasso’s friendship with his new friend Fernande Olivier was one of the reasons he decided to change his style of painting.

Although the Blue Period of Picasso’s time division is more popular today, his Rose Period is said to be of greater importance historically. During this period, Picasso, for the first time, develops some unique styles, which become part of Picasso’s Style. This credit made him the most celebrated artist of the 20th century.

Around the period 1917, Picasso painted some unique portraits, which include the portrait of his only legitimate child, by name, Paulo. This unique painting of his son was there as Harlequin, 1924, at the Picasso Museum, in Paris. During this period, Picasso returns to classicism. 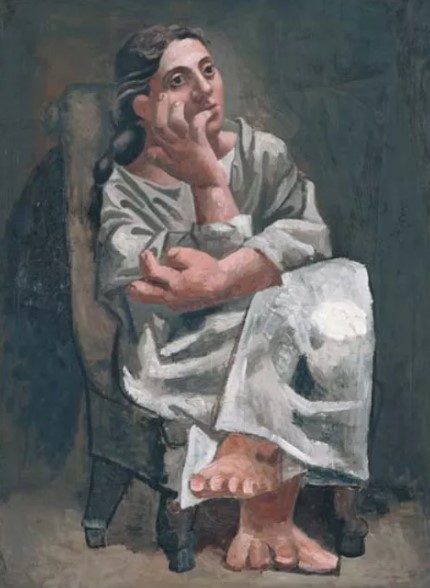 Picasso joined the surrealist movement informally in 1925. This period was an extension from 1928 to 1932. The forms during this period are characterized by distorted looks, combining the monstrous with the sublime and gigantic appearances, which are sometimes terrifying, with mythological evocations.

Prior to this period, his works were considered surrealist. This period extended from 1928 to 1932. The format of this period was characterized by distorted presentation, combining the monstrous with the sublime and gigantic appearances, sometimes terrifying. The terrifying look is a result of the mythological evocations that were applied.

In 1931, Picasso brilliantly illustrated Metamorphoses by Ovid in pure classicism. The works were sculptures and were made from wire and metal sheets. Although he never agreed that he was a surrealist, the qualities and characteristics of the surrealist movement are visible in many of his paintings.

This period started in 1906 and ended in 1909. Picasso painted many of his works to emulate many African sculptures. However, he focused on some Egypt ancient art and traditional African masks.

Many works were influenced by Iberian sculpture during this period, plus some others that were influenced by El Greco and Paul Cezanne. However, most of the reason for his interest was that many African artworks came into Paris in the 20th century when the French empire expanded to Sub-Saharan Africa. 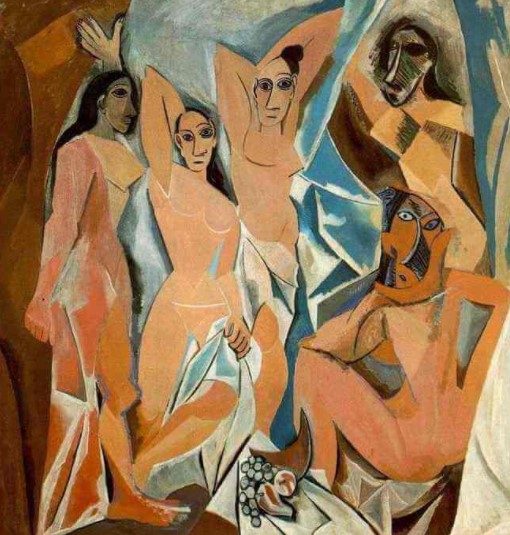 There was lots of hype over cannibalism and exotic stories about Dahomey, an Africa n kingdom, by the press during that period. Then writer Joseph Conrad wrote a book called “Heart of Darkness” to reveal the sufferings of Africans under Belgian Congo.

Due to these things happening around that time, Picasso picked interest more, especially when he saw a Kongo-Vili figurine carved in wood through Henri Matisse.

How Many Paintings Did Picasso Paint?

Picasso, in his 78-year career, successfully and impressively produced about 147,800 pieces of intelligent artworks. These records are not from painting alone. The figure stated is a combination of 13,500 of his painting works, 100,000 of his prints and engravings, 300 impressive sculptures and ceramics, and 34,000 illustrations.

Can You Buy A Real Picasso?

Related: How Many Sq. Ft Does a 5 Gallon Bucket of Paint Cover?

Picasso is no doubt the artist standing as the most influential in the 20th century. The expression of his styles of artwork was unique as he was the pioneer of the Cubism style in collaboration with Georges Braque; he was also the inventor of collage. The question always flying around is; why are Picasso paintings so expensive?

The answer to this question is not farfetched. His works are very expensive because of the unique worldwide brand it built for itself and for the fact that his original works are now in short supply. Any individual or corporate body can buy Picasso’s works, but everyone is advised to be careful of art forgeries.

Hi, I’m Randy Charles, the creator and chief editor of this site Paintcentric. I’m a businessman now by profession, but I used to work as a painter earlier in my professional career. There is simply nothing about painting that I didn’t do as a painter. From painting a fridge to a multi-storied building, I left nothing. I retired from my painting job in the mid of 2018 due to back arthritis problems.

As I said, I had the experience of painting a small object to a large commercial building. Here in Paintcentric, I’ll share everything gradually so that whatever you want to paint, you can do that with perfection. You’ll find here all kinds of painting DIY tips, guidelines, different types of painting tools, etc., to change the outlook of your property.

This site is a participant in the Amazon Services LLC Associates Program, an affiliate advertising program designed to provide a means for sites to earn advertising fees by advertising and linking to Amazon.com. We are compensated for referring traffic and business to Amazon and other companies linked to on this site.